Facebook is removing Relevance Score and other older metrics.

Written by Paul Wicker
Updated over a week ago

We have updated AdStage to accommodate some changes recently made by Facebook. Specifically, Facebook has removed a number of older metrics like Relevance Score. In addition, we updated the AdStage cross-network Conversion metric definitions.

There is no action required on your part however based on these changes you may choose to update some Report Widgets or Automate Tasks. 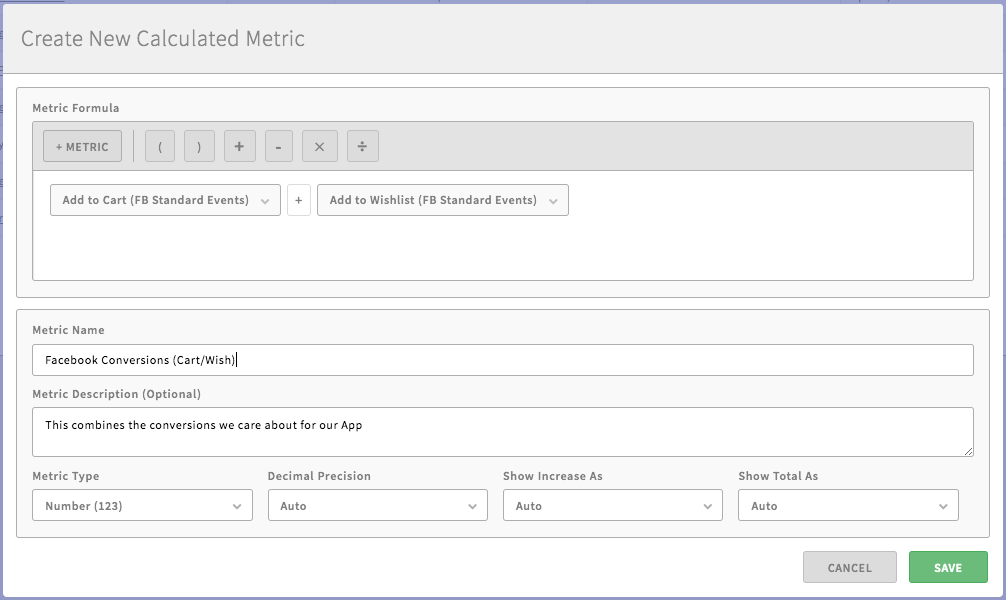 What about old Report dashboards that used the old metrics?

One of the great things about our Report product is that old reports are stored in the state they were at the time they were generated. So all old reports that have older metrics will be unaffected.

What about current dashboards that have these metrics?

I use AdStage’s cross-network Conversion metric in my Reports. What happens to my dashboards?

Since we’re changing the definition of a cross-network Conversion for Facebook we’ll automatically update the AdStage Conversion metric as defined in #4 above. Over the next week we’ll be updating your historic Conversion data using the new definition.

Facebook announced some new Standard Events. Where are they?

Facebook did announce a handful of new FB Pixel Standard Events but they have yet to be added in the Facebook API. We’re nagging Facebook to add them but until they do we have to wait.

Did this answer your question?